An introduction to Oregon Index Online - Searching, Background and more 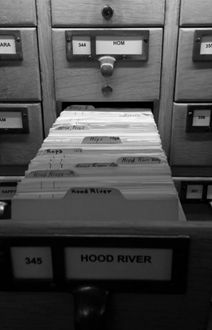 The Oregon Index is made up of more than 700,000 hand-typed index cards housed in 657 wooden drawers in the second-floor catalog alcove in the State Library Building. It is the joint effort of several institutions including the State Library of Oregon, volunteers, and local organizations such as the Daughters of the American Colonists – Mahonia Chapter.

The cards were created between 1913 and 1987. Newspaper indexing covers articles from roughly 1900 to 1987 (years vary by title). Book indexing covers people and topics from the beginning of Oregon history, such as early travelers on the Oregon Trail. An online continuation of the Oregon Index was competed in 2004, when online access to Oregon newspapers was widely available. 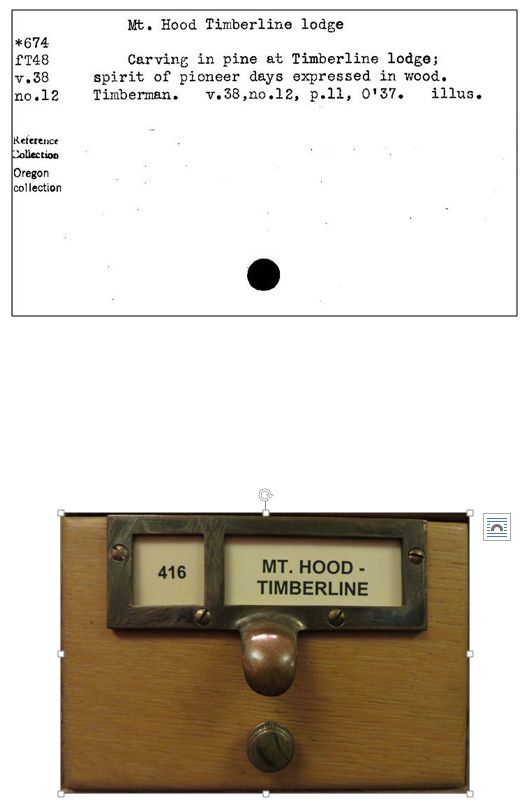 This is a citation index. The full-text of articles, books and other sources of information is not included. For example, index cards for newspaper articles include basic citation information (article or book title, newspaper source, date, pages, etc.). Subject headings appear at the top of most cards, often in all-caps. The left side of many cards have library call numbers which refer to the book or magazine/journal issue that contained the article or pages indexed.

The majority of the cards cover selective indexing of articles published in the major daily newspapers of Portland (Oregon Journal, Oregonian) and Salem (Oregon Statesman, Capital Journal and Statesman Journal).

The Oregon Index also covers specialty newspapers such as the Oregon Farmer and Willamette Week; statewide and local magazines, journals and newsletters such as the Oregon Voter; and selected books, microfilmed historic documents and visual materials included in State Library collections when the index was created. 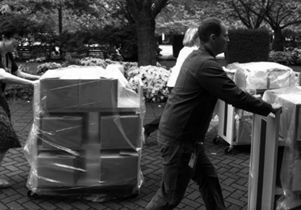 After years of wishing that the Oregon Index could be searched by keyword and used by researchers outside the physical confines of the State Library, an online version of the index gradually became a reality.

Phase I of the project was completed in 2012 when a contractor hired by Ancestry.com scanned the Biography portion of the Oregon Index. This has been available with browse-only access from their website by paid subscribers. The State Library received a copy of the high-resolution scans with an embargo from publishing them online, which has now passed.

Phase II of the project was begun in Summer of 2014 when Alice Laviolette, reference librarian at the State Library, discovered that high-speed check scanners owned by the Oregon Department of Revenue could be used to digitize the Subject portion of the Oregon Index. The catalog drawers were carefully boxed and transported two blocks north to the Revenue Building (pictured, right).  During down-times when their scanners were not in use, the cards were scanned over a multi-month period.

Phase III: After weighing a number of options for placing the scanned cards online in a searchable form, a plan was devised to mount the Oregon Index cards in a drawer-by-drawer basis using the card-viewer module available on the Islandora platform, which is used to house State Library Digital Collections. In order to make the cards ready to be mounted online, all 700,000+ cards needed to be batch reformatted, color-corrected, resized, OCRed (optical character recognition - to convert from type to searchable online text), and stitched together into groups to be ingested into the Digital Collections platform. Phase III took more than three years to complete.